WELCOME TO MEET ME IN DOWNTOWN

The capital of the country is one of the favorite destinations for thousands of tourists. Its cosmopolitan personality, cultural, gastronomical and entertainment options makes Mexico City a megalopolis like few others. The greatness of the also known as CDMX is visible not only in its history, but its extension. That´s why touring by metro, walking or even by bike, is all possible.

One of the advantages of Mexico City is the pleasant weather throughout most of the year, with cool nights and sunny days allowing you to enjoy walks through its museums, monuments, parks and town squares. Also make sure to take advantage of these sunny days to capture incredible photographs. Moving from north to south is achievable by roads such as Avenida de los Insurgentes. So feel free to venture out either by car or onboard the Metrobús (a public transport that crosses a large part of the capital).

The city that never stops. The textures in CDMX, are infinite. The day begins before sunrise, when crowds begin populating the streets, and the smell of tamales mixes with the morning coffee. But don’t fool yourself, because although the days may seem predictable, nothing in this city is routine and surprises are where you least expect them.

A city with another city underneath. It is something that could only happen in CDMX. Under what we know today as Mexico City, are the remains of what was the Great Tenochtitlán. When visiting the Templo Mayor Archaeological Zone, some of the remains can be seen. A few steps from the Metropolitan Cathedral and inside the Historical Center, where we suggest you should start your journey.

If you wish to avoid the rains, then please visit the capital of the country during dry seasons (from November to April), but even with some rainfall we are sure that your stay will be an adventure. 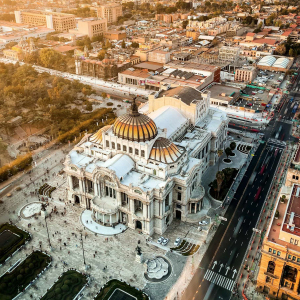 Some of the best stately homes and old urban palaces today house private clubs that offer their facilities for events, such as the Bankers Club or the Spanish Casino, San Hipolito, Metropolitan Palace, Claustro de Sor Juana, Franz Mayer Museum, among others. 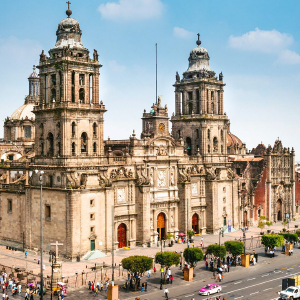 The Historic Center of Mexico City was declared by UNESCO as Cultural Heritage of Humanity, since it is considered a legacy of monuments and sites of a great natural and cultural wealth that belongs to all humanity. 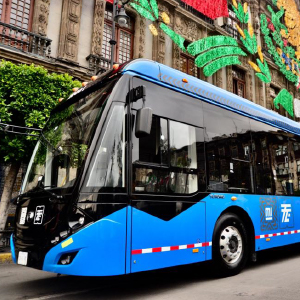 The Historic Center is the area of the city best connected to public transportation lines, you can get there by Metro, Metrobus, Trolleybus, RTP or by bicycle. 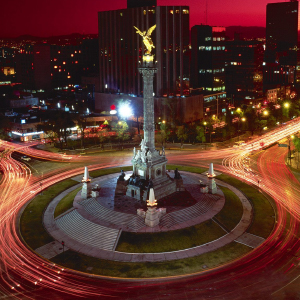 The importance of tourism in the CDMX, in addition to its tourist and historical-cultural attraction, is also due to the economic dynamics of its different productive sectors. 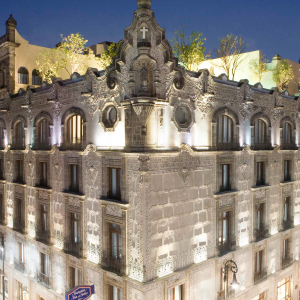 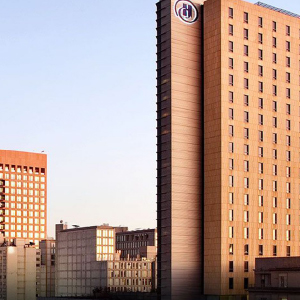 2,400,258 domestic and foreign tourists staying only in the Historic Center per year.

We’re in the heart of downtown Mexico City, less than a mile from National Palace and Templo Mayor, and two blocks from Zócalo. Explore Metropolitan Cathedral, Palacio de Minería, and Palacio de Bellas Artes – all just one mile from us. Mexico City International Airport is five miles from our door. Enjoy our fitness center, free hot breakfast, and free WiFi.

Umbral, Curio Collection by Hilton is an upscale, truly Mexican experience in the heart of the city’s historic downtown. With well-preserved historic architecture, our boutique hotel is just steps away from the most important attractions. Each of our elegant rooms features contrasting living and sleeping environments, with sofa beds, complimentary Wi-Fi, flat-screen TVs, ergonomic workspaces, spacious bathrooms and much more. Our suites feature a dining area and record player.

Adjacent to Alameda Central Park and a 5-minute walk from Reforma Avenue, the luxurious Hilton Mexico City Reforma features stylish guest rooms, indoor and outdoor pools, a whirlpool tub and a fitness center. The spacious rooms and suites have elegant contemporary decor and many have city views. All rooms include cable TV, a work desk and a modern bathroom with a hairdryer and a selection of toiletries. Hilton Mexico City Reforma is on the edge of Mexico City’s historic center, a 10-minute walk from the Palacio de Bellas Artes. Zocalo Square, Templo Mayor and the Cathedral are a 15-minute walk from the hotel. You can explore the city’s best architecture, stores and art galleries on nearby Reforma Avenue.